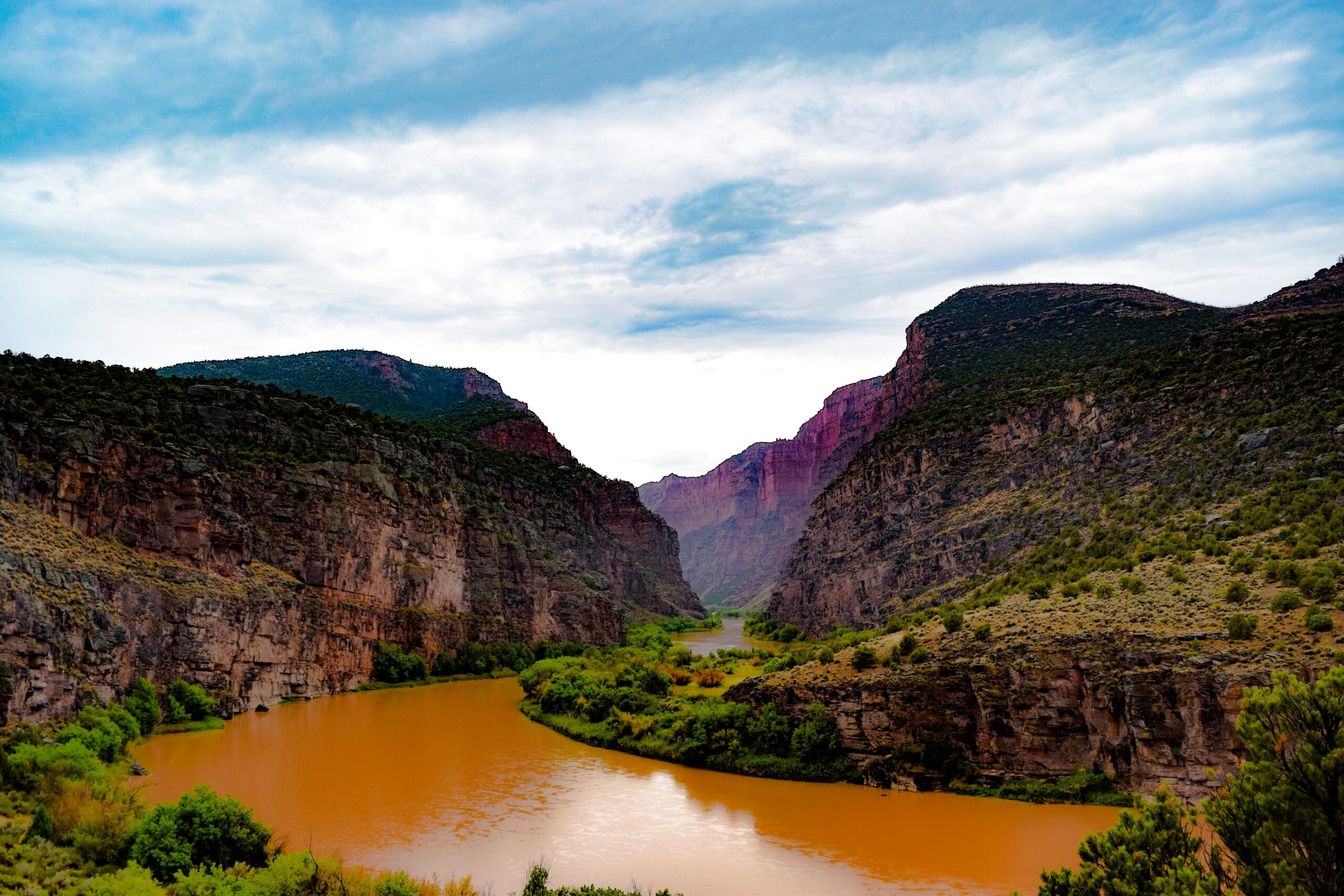 (sermons published on this site are offered as a resource and should be appropriately cited when used on printed or public presentations.)

24 The king of Assyria brought people from Babylon, Cuthah, Avva, Hamath, and Sepharvaim, and placed them in the cities of Samaria in place of the people of Israel; they took possession of Samaria, and settled in its cities. 25 When they first settled there, they did not worship the Lord; therefore the Lord sent lions among them, which killed some of them. 26 So the king of Assyria was told, “The nations that you have carried away and placed in the cities of Samaria do not know the law of the god of the land; therefore he has sent lions among them; they are killing them, because they do not know the law of the god of the land.” 27 Then the king of Assyria commanded, “Send there one of the priests whom you carried away from there; let him go and live there, and teach them the law of the god of the land.” 28 So one of the priests whom they had carried away from Samaria came and lived in Bethel; he taught them how they should worship the Lord. 29 But every nation still made gods of its own and put them in the shrines of the high places that the people of Samaria had made, every nation in the cities in which they lived; 30 the people of Babylon made Succoth-benoth, the people of Cuth made Nergal, the people of Hamath made Ashima; 31 the Avvites made Nibhaz and Tartak; the Sepharvites burned their children in the fire to Adrammelech and Anammelech, the gods of Sepharvaim. 32 They also worshiped the Lord and appointed from among themselves all sorts of people as priests of the high places, who sacrificed for them in the shrines of the high places. 33 So they worshiped the Lord but also served their own gods, after the manner of the nations from among whom they had been carried away. 34 To this day they continue to practice their former customs. They do not worship the Lord and they do not follow the statutes or the ordinances or the law or the commandment that the Lord commanded the children of Jacob, whom he named Israel.

Now when Jesus learned that the Pharisees had heard, “Jesus is making and baptizing more disciples than John” 2 —although it was not Jesus himself but his disciples who baptized— 3 he left Judea and started back to Galilee. 4 But he had to go through Samaria. 5 So he came to a Samaritan city called Sychar, near the plot of ground that Jacob had given to his son Joseph. 6 Jacob’s well was there, and Jesus, tired out by his journey, was sitting by the well. It was about noon. 7 A Samaritan woman came to draw water, and Jesus said to her, “Give me a drink.” 8 (His disciples had gone to the city to buy food.) 9 The Samaritan woman said to him, “How is it that you, a Jew, ask a drink of me, a woman of Samaria?” (Jews do not share things in common with Samaritans.) 10 Jesus answered her, “If you knew the gift of God, and who it is that is saying to you, “Give me a drink,’ you would have asked him, and he would have given you living water.” 11 The woman said to him, “Sir, you have no bucket, and the well is deep. Where do you get that living water? 12 Are you greater than our ancestor Jacob, who gave us the well, and with his sons and his flocks drank from it?” 13 Jesus said to her, “Everyone who drinks of this water will be thirsty again, 14 but those who drink of the water that I will give them will never be thirsty. The water that I will give will become in them a spring of water gushing up to eternal life.” 15 The woman said to him, “Sir, give me this water, so that I may never be thirsty or have to keep coming here to draw water.” 16 Jesus said to her, “Go, call your husband, and come back.” 17 The woman answered him, “I have no husband.” Jesus said to her, “You are right in saying, “I have no husband’; 18 for you have had five husbands, and the one you have now is not your husband. What you have said is true!” 19 The woman said to him, “Sir, I see that you are a prophet. 20 Our ancestors worshiped on this mountain, but you say that the place where people must worship is in Jerusalem.” 21 Jesus said to her, “Woman, believe me, the hour is coming when you will worship the Father neither on this mountain nor in Jerusalem. 22 You worship what you do not know; we worship what we know, for salvation is from the Jews. 23 But the hour is coming, and is now here, when the true worshipers will worship the Father in spirit and truth, for the Father seeks such as these to worship him. 24 God is spirit, and those who worship him must worship in spirit and truth.” 25 The woman said to him, “I know that Messiah is coming” (who is called Christ). “When he comes, he will proclaim all things to us.” 26 Jesus said to her, “I am he, the one who is speaking to you.” 27 Just then his disciples came. They were astonished that he was speaking with a woman, but no one said, “What do you want?” or, “Why are you speaking with her?” 28 Then the woman left her water jar and went back to the city. She said to the people, 29 “Come and see a man who told me everything I have ever done! He cannot be the Messiah, can he?” 30 They left the city and were on their way to him.

As I travel the country and get to know people, I find that at least a portion of their personal narrative is tied to their relationship to the land. I spent my first three years of High School living between the James and York rivers in Virginia. I have pretty early memories of crossing the Missori and Mississippi rivers and visiting Niagara Falls as our family traveled. I also remember a lecture from my dad after my sister and mocked the flowing bodies of water that are called “rivers” here in the west, in which he pointed out that the significance of the those rivers were not as much in their size as in the source of life their were to the ancients who lived here and later to the early pioneers and explorers.

I also remember getting pretty defensive of my Blueridge, Smokey and Allegheny mountains whenever someone from out toward the Rockies would visit and say, in a rather condescending tone – “you call that a mountain?” Of course I also found myself questioning what the Hoosiers of Indiana allowed to pass as a “Mountain.” It will be just as interesting to see what Pastor Jenny has to say after her tour of the Holy Lands about the terrain that was the setting for many of the stories we read in the bible referring to Mountains – did the writer’s idea of a mountain compare to our own?

There is a theme that I want to revisit each week as I begin this series looking at mountains of the bible (and the wording of this may change as I continue to study): Our definition of a river depends on how thirsty we are, our perception of a mountain depends on how high we have already climbed, and our sense of awe and wonder depends on how much we have seen and experienced.

Mountains as a Place of Worship – the first hill we are going to climb together in this series will focus on a question posed to Jesus: are we supposed to worship in a city temple or up on a mountain? This is one of my all time favorite stories of the Bible and is also a great example of how understanding the narrative of a community can help us better understand the stories flowing from that community. Many of these ideas came from one of my favorite classes in seminary about the Gospel of John and from a book by our professor, Dr. Jamie Clark-Soles. And if you would like to explore this more, I would be happy to point you to some of these resources.

I’ve often wondered if many of the questions posed by the early church in the book of Acts and the letters of the new testament wouldn’t have been met with the same response: the questions aren’t valid because the paradigm has changed. I think that’s where Peter landed on the notion of eating meat with gentiles and where Paul landed when he said there were no longer slaves or free, jew or gentile, male or female – there was no longer temple or mountain because, through the restoring work of Christ’s death and resurrection, the divinity of God had taken its intended place in the hearts and souls of those created in God’s image. Moving forward worship was a matter of Spirit and Truth.

I pray that we can find new depths to our rivers, new heights to our mountains, and new, unexpected experiences of awe and wonder as we continue to grow, as individuals and as a community, into both greater knowledge and the beautiful mystery of God.