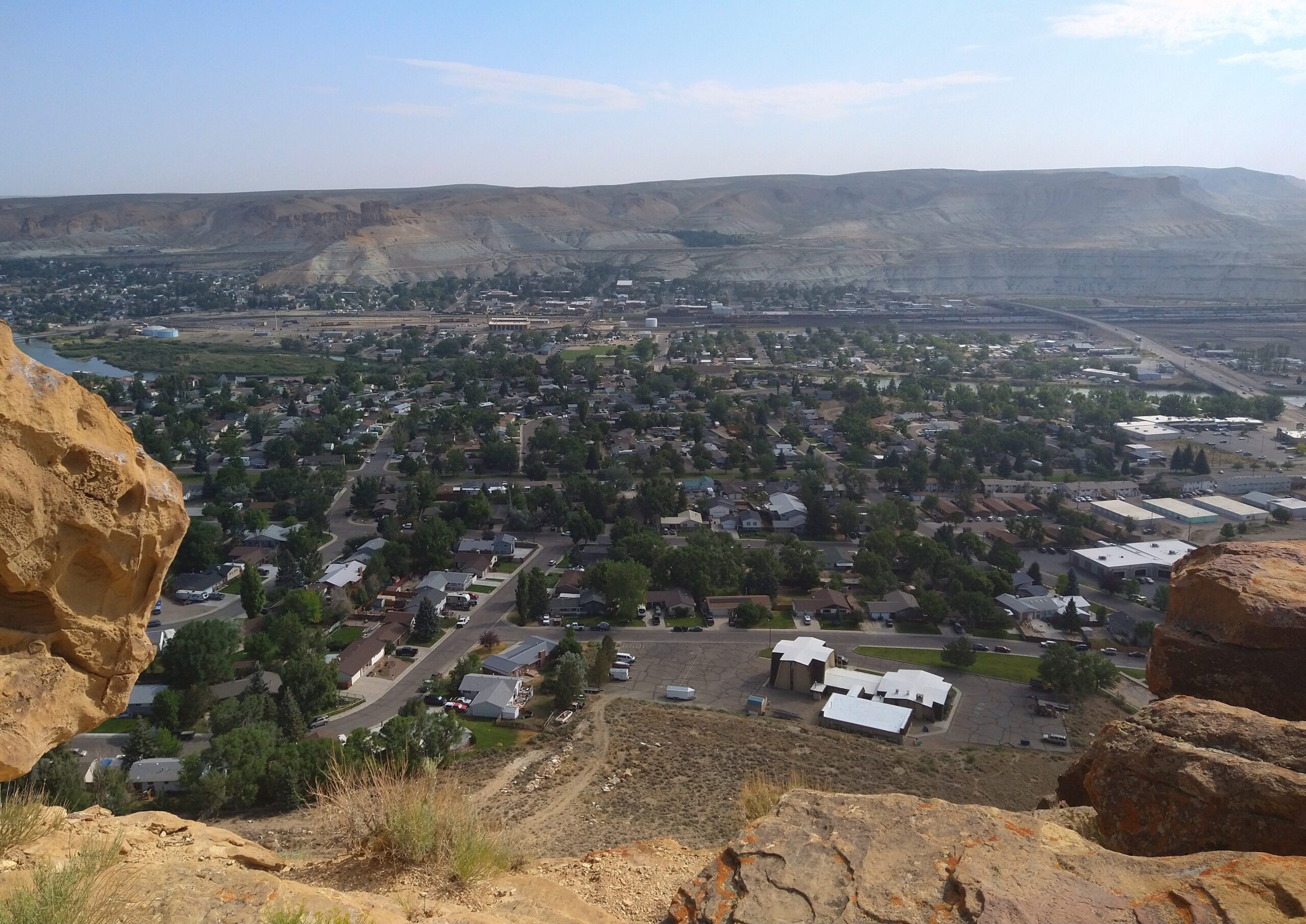 (sermons published on this site are offered as a resource and should be appropriately cited when used on printed or public presentations.)

So my stay in Green River has gotten off to an amazing start. I’m enjoying the rocks and the river, Indy and I bonding though she gets a little miffed when I actually get work done and stop paying attention to her. And – as I mentioned last week – I’m enjoying getting to know you. We have just barely scratched the surface of knowing each other. Our stories are much too complicated to think that just a couple of weeks together would let them fully unfold. Not only am I getting to know some of you individually as we work together, but I’m starting to get to know the narrative of the church. Every organization – from the government to business to churches, perhaps especially churches – has its own community narrative. Though I can’t imagine this being true with what I’ve seen of this community of Christ-followers – often that narrative is defined by our disagreements.

There are a few places – specifically in the south – where you will find an intersection with a Baptist church on or near each corner. To understand the narrative of that community of Christians, you have to understand the history and tension behind each of the churches: why they split, when it happened, what was going on in the world around them, who were the key players? Was it tied to social issues like race or gender, theological or doctrinal issues like baptism or the practice of communion, or functional issues like the color of the walls or the hiring and firing of staff?

We as humans seem to stand ready to be divided. And often for good reason. Taxation without representation – I’ll go on record and say that’s a good reason to establish a new government by the people and for the people. Challenging the practice of selling forgiveness and other abuses of power by the Church was a good reason for Martin Luther to eventually cut ties with Rome. Standing up against the buying and selling of humans into slavery based on the color of their skin or their place of origin is a good reason to have made distinctions among us.

Sometimes we take sides all in good fun – any Bronco fans in the room? Anyone with loyalty to a college team just because you grew up by or attended there? Coming from SEC territory loyalty to a university all too often takes on nationalist or religious tones – but most often is just good-spirited fun.

Sometimes we take sides because it’s practical. A river with no bridges or ferries is going to divide a community whether they like it or not. Sometimes though we take sides because it’s comfortable. Whether or not to use a drum or an electric guitar in a church service, no matter what text someone may tie to an argument, eventually boils down to comfort level, personal preference, and adherence to tradition or culture.

In fact, most anything that falls in the category of Church tradition might be described this way – and that’s not necessarily a bad thing until we elevate our own traditions to the point that we use them as measures of righteousness and godliness and Christlikeness. When we do that we are headed, once again to four corners of the intersection – we are burning bridges to make sure the so-called sheep and goats don’t play together or corrupt what we have decided is a good, godly community.

These divisions, the boundaries, and borders we create are part of our human experience – anthropologists would say that they developed as a means to protect our ideals and way of life – the power and privilege to decide who is in and who is out is, unfortunately, and ancient part of the human experience, so much so it has become the social default of our existence.

But what if…what if it didn’t have to be? What if the ultimate defining layers of who we are and how we live didn’t come from what separates us, but rather from something that unites us? To overcome such a strongly embedded social and cultural default, it would need to be a powerful something, wouldn’t it? Something outside the context of humanity – not beholden to the defaults of human experience – and still close enough to it to make a visible, relevant impact.

Christ experienced division in many places and ways – perhaps none more than. His home town Paul’s message to the Ephesians that Kathy read for us today is pretty straightforward.

When the apostles and all the disciples who had been following Jesus received the Holy Spirit on the day of Pentecost there was for a moment, for a brief sweet season, unity in the church. Then the church grew as a community of humans, with humans, come needs, needs require resources, resources require people to manage them and make decisions about them and there is always more than one way to approach those decisions. And each of these humans that came into the first days of the church came from their own particular tradition and they was faced with asking what stays and what goes from those traditions. So much of the story of both Paul and Peter in the book of Acts has them wrestling with how to bring unity within a community made up of people who were previously at odds – spiritually, religiously, politically – sound familiar?

Ultimately they came to this conclusion, as recorded in the first few verses of Romans 14.

“Welcome those who are weak in faith, but not for the purpose of quarreling over opinions. Some believe in eating anything, while the weak eat only vegetables. (The writer couldn’t even tell people to not take sides on behalf of God without revealing what side they had taken.) Those who eat must not despise those who abstain, and those who abstain must not pass judgment on those who eat; for God has welcomed them. Who are you (WE) to pass judgment on servants of another? It is before their own lord that they stand or fall.” (NRSV)

Over the last several years as I have been seeking out my place in God’s work in the church I have often described the work I do as standing on a pillar in the middle of a raging river trying to build a bridge toward two shores – neither of whom are sure they want a bridge.

What I’m finding is that instead of the shores becoming more open to the bridge – the pillar is getting bigger. And instead of two shores, there are so many shores – inclusions of LGBTQ people, Christian nationalism, literal interpretations of scripture – each an issue with more than one side and river separating them. As more and more of us gather, not at, but in the middle of the river – at that space between the spaces, we find more hope in the peace of God that unites than in the ways of the world – even when the world is the church – that pull us apart.

And perhaps the waters of that river are not there to separate us – but rather where we are baptized into the unity of Christ – all the sides – one cross.

If you have seen videos of me preaching – or as you will see in the weeks we have here to share – I love to break a sermon down into three or for simple takeaways. Since this is my first Sunday talking to you we are going to start off easy with only one, but I’m afraid there is often nothing simple about it: The peace of God isn’t found in the spaces that divide us, but in the Cross that unites us.

We, as part of the larger body of Christ – in America and around the world – sitting under whatever banner they fly or shingle they hang on their building – we can be reminded as the Ephesians were reminded that “we who once were far off have been brought near by the blood of Christ. For he is our peace; in his flesh, he has made both groups (all groups) into one and has broken down the dividing wall, that is, the hostility between us. He has abolished the law with its commandments and ordinances, that he might create in himself one new humanity in place of the two, thus making peace, and might reconcile both groups (all groups) to God in one body through the cross, thus putting to death that hostility through it. So he came and proclaimed peace to you who were far off and peace to those who were near; for through him both of us have access in one Spirit to the Father.”

And that is something for which I am deeply, deeply grateful.